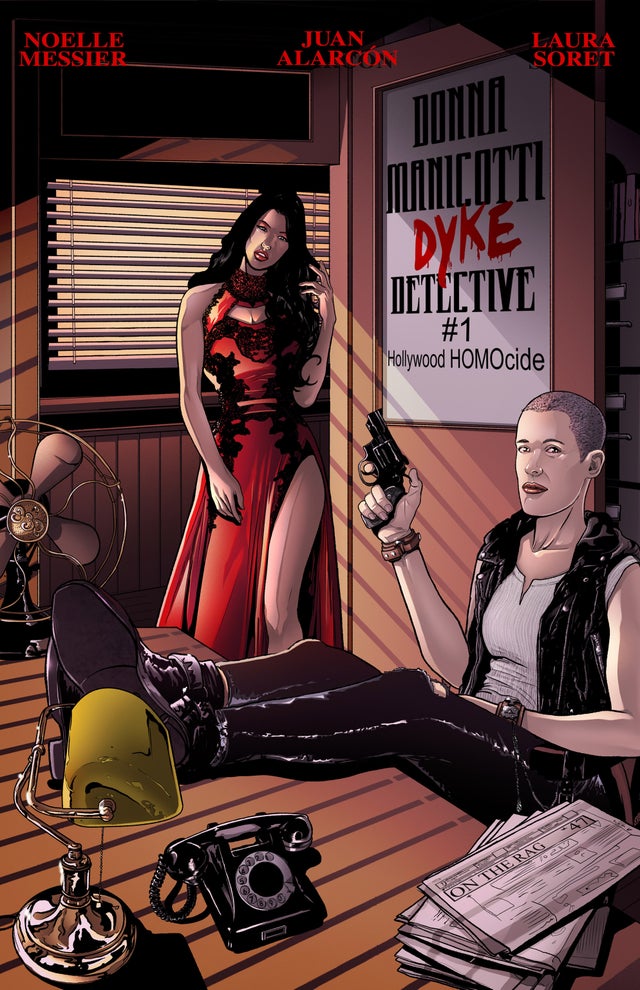 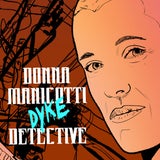 A comedic, sensual, satirical, film-noir, comic book about a butch, lesbian detective, sex-addict, haunted by the ghost of her murdered girlfriend, who battles a sexy, Beverly Hills, prescription-drug dealer, and solves mysteries in a modern-day West Hollywood. A crime is solved in each 40 page mini, graphic novel issue.

In this steamy, first issue, Hollywood HOMOcide, Donna Manicotti, dyke detective, falls for Coma Lee Sparks, suspected of beating her producer husband to death with his Oscar statue. A schedule book and a flower vase lead Donna to a very busy casting couch, a soap actress and her daughter, and drug-laced, flower-food packets distributed by Santa Monica and her crew. With the help of her sex-toy-weapons expert, an attractive, medical examiner, Alexandra Somata, some power outages orchestrated by her girlfriend’s ghost, a vibrating bullet, a strap-on, and some flying, nipple clamps, Donna gets Coma off in more ways than one.